The London Ken was way better looking than you in 1986. He probably still is. Too bad for you!

The London Ken plays guitar for the band and sings and can play keyboards too! He is the best guitarist in the band, and that's saying a lot! In fact, London is a graduate of the Berklee School of Music in Boston. SHUT! UP!!! That's right!!! The London Ken is one of the two founding members of the group. In 1988 he was known as Ken B. (he didn't change his name to The London Ken until around 1995) and together with John B. (see "Former Members" section) recorded the band's debut album We're Not Just Salesmen, We're Musicians. 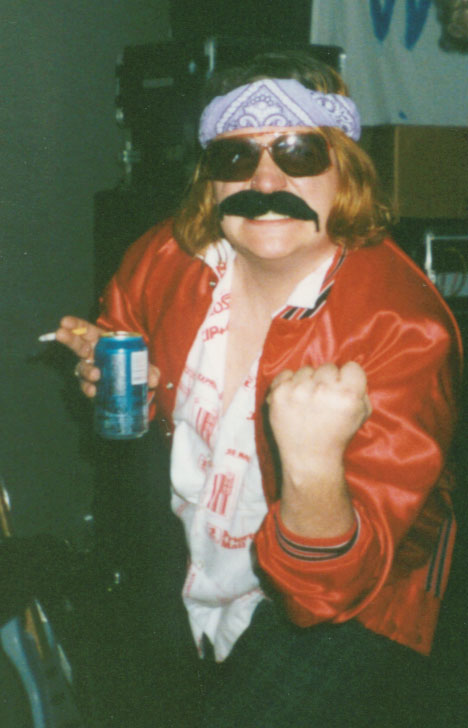 H. Cheese F. is the drummer of the band. He has taken an increasingly more prominent role as lead singer since the band discovered he always, ALWAYS sings sharp, which is fucking brilliant. 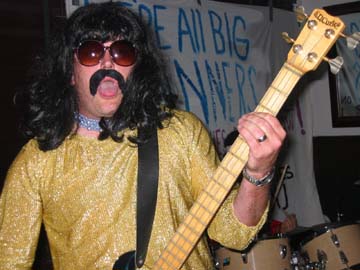 Tim Of The Woods 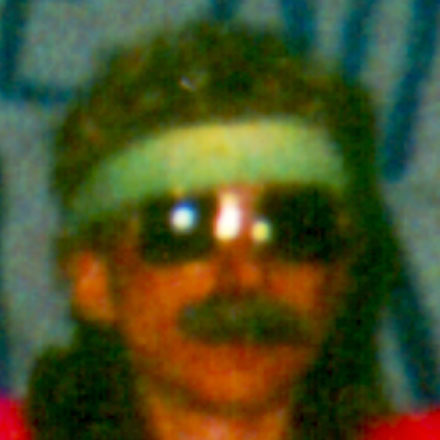 Formerly known as "Fast" Stikki Rikki Starr (a testament to his lightning fast guitar licks), as Starr accepted his status as a middle-aged person, the moniker "Fast" did not seem to fit as well has it had back in the day. Shuffling through Target in pajama pants and slippers one Wednesday morning, Starr decided it was time to accept his fate as being simply "moderately paced". He plays guitar and sings for the band.

Celia is an old school chum of the boys and contributed lyrics as early as 1989's track "Searsucker Snow Krokus", and also sang lead on "I Match Today" from the band's best album Gunrunning With The Sharp Chuckies and also wrote all the lyrics to "Sop Up The Juice", which is actually about a pizza the band ordered. She played lead guitar (she doesn't play guitar) on "Sittin' On The Couch". She is a spiritual guide for the band and is super wicked cool. 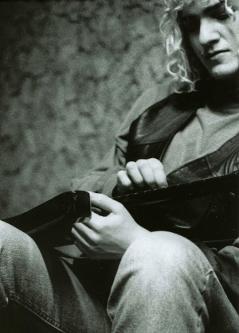 Aura is another old school chum of the boys. She was there for the Gunrunning recording sessions and sang back up on "Duck Duck Boots". You even hear her do an improvised "Quack" at the end of the song. She was also present when "Searsucker Snow Krokus" was written! That was a messed up night. One time Stikki Rikki needed money so she let him work at her catering business for a day making lemon bars. 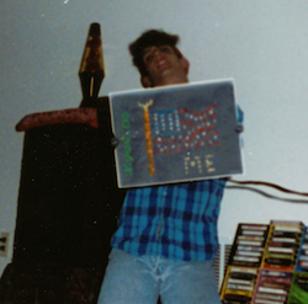 John B. is a founding member (along with The London Ken, originally known as Ken B.) of the band. He and Ken B. recorded the first album as a duo before adding the other talented members to the lineup. John B. played drums and sang. He left the band after 1993's Do Ya Think I'm Sexy Pt. 1 because he's a dick. jk ; ) he's still a friend of the band even though he's a dick for leaving the band, but it's his loss because he left right before the band made its best album, Gunrunning With The Sharp Chuckies. Now he has a long-standing successful screen printing business in Lyons, Colorado. He'll make you a t-shirt. 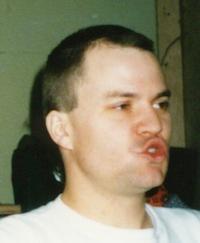 Touch Me Tom was a member of the band for about a week. In the winter of 1996 the band was to play its first live gig (the show resulted in the seminal live album Live Down The Street From El Taco De Mexico, thusforthly named because the warehouse at 8th & Santa Fe in Denver was actually down the street from this tacqueria). They had remained a three-piece since the departure of John B. but needed a fourth for the gig. Tom had been kicked out of school choir for being tone deaf and didn't play any instrument, so he was perfect for the spot. A week before the gig he was given the set list and instructions, and at the show he actually knew a few of the lines. Anyway, in the few days leading up to the show the band recorded The Lost Album, which Tom appeared on. The album was originally to be titled The Sharp Chuckies Want To Sell You Real Estate, but it was so poorly recorded that it sat dormant for years and eventually became The Lost Album. All this despite having many killer, classic tracks such as Racing Man, The Chapstick And Beer Song, Line Dancin' With The Lord, and Night Ranger, Please Come Back. Anyway, after the gig Tom wasn't in the band anymore, and no one really remembers why. Now he's a firefighter (that's right, a badass firefighter) in Colorado.

These are the gentlemen who have substituted for missing band members for live shows. Now, first, we should explain that The Sharp Chuckies aren't exactly the hardest working band. In the band's 27 year history the boys have played only three live shows. Two of them were performed with only half the actual band members present. So for these shows the band recruited surrogates to fill the roles of the missing members. And here they are. 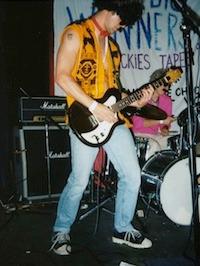 Jim filled in for the band's afternoon performance at the Chix Vs. Dix Battle of the Bands at the now defunct Tip Top Tavern in San Francisco. Jim is very talented, that's why he didn't bother to learn most of the songs. He sang lead on "Corn Farm" and looked great in his Mexican vest. He was bothered by his fake mustache, complaining that it was made of asbestos.

Ken was the most well-prepared surrogate the band has used. He actually learned the songs and played them all correctly, which was super! His stage presence has been described as "he was like just standing there and bending his knees in time with the music", so, in other words, fucking powerful. Ken filled in for the above mentioned Battle of the Bands. 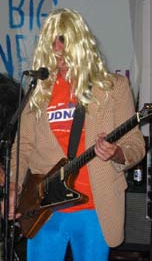 "Lightning" Bob brought his Gibson, his blue tights, and a lot of fucking talent to the band's last performance to date, 2002's appearance at San Francisco's prestigious Thee Parkside. Bob did not hold back filling in for The London Ken, who had to stay at his home just outside Atlanta to feed his bunnies. Bob shredded hot licks and stuff all over the place, it was pretty gross. 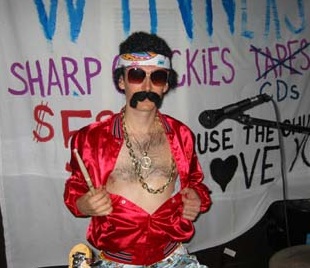 Gerald scolded members of the crowd on his way to the stage, proclaiming that he "didn't fight in two world wars to put up with the likes of you punks". He filled in for H. Cheese on drums for the band's performance at Thee Parkside, dutifully reading his notes scrawled on the notebook he kept perched by his snare drum. His arms moved like an arthritic robot as he carefully operated the drum kit, and his sex appeal took the band to a whole new level of picking up chicks. He was a pleasure to work with.